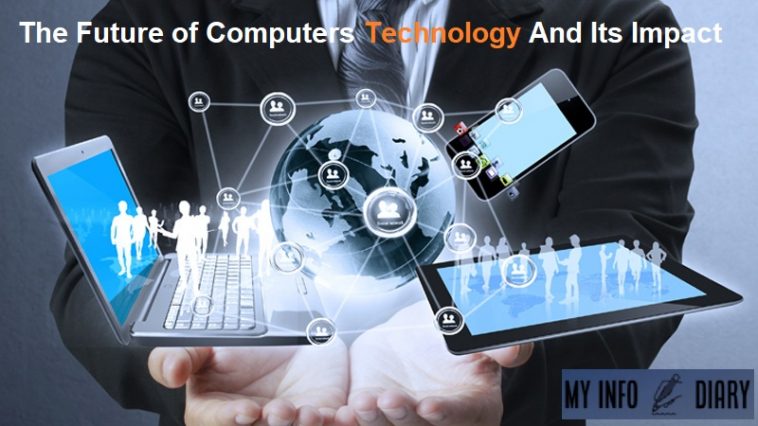 The future of computers holds endless possibilities, and innovations are constantly being invented. From the development of improved processors to the creation of smarter operating systems, computers are constantly evolving to become more efficient and simpler to use. Take a moment, stop reading this post and look around you. Technology has become an increasingly important part of every aspect of our lives. Have you noticed any technology, gadgets, computers, or video surveillance?

This article discusses how technology will impact the future and how it has already affected many people’s lives worldwide in ways they could never have imagined.

It’s difficult to predict the future of computers. Still, computer manufacturers need to start considering how technology will change in the coming years. This is especially true now that we’re living in a society where people are starting to use their smartphones for more than just chatting and checking email.

For example, apps now allow you to look up an address or call a taxi without ever needing to open your laptop or mobile phone.
Future computing technology is not going to be what it is today; it will include a mix of digital devices with augmented reality (AR), artificial intelligence (AI), Internet-of-Things (IoT) connections, voice commands, and virtual reality (VR).

For the industry to stay ahead of trends, they’ll have to learn how these new technologies interact.
Additionally, they’ll need to ensure they are researching market needs and customer satisfaction levels.

The Future of Computer In Artificial Intelligence

As AI becomes more prevalent, computers will be able to do tasks for us even faster. This means that humans will have to work less and less to keep up with the pace computers can maintain. However, this also means that people with low-skill jobs will not be needed as much and may have a hard time finding work as they become obsolete.

However, the Future of computing technology is promising because it has begun to provide education and skills training for individuals to acquire new skills when their current ones become outdated.

In addition, recent advances in computer science have given rise to virtual assistants, which can aid those who are physically impaired or disabled by providing them with a voice command system to get things done independently.

With the introduction of virtual reality (VR), we can now immerse ourselves in a 3D world entirely created by the software. VR is a new way to experience the world from any angle and can be used for anything from travel to teaching to interacting with remote people. It’s all about the view; this technology will forever change how we see things. But there are some disadvantages as well.

The risk of motion sickness or getting dizzy while using it might put off some users.
Also, people may get confused when their physical environment does not match up with what they see on screen. Finally, virtual reality also requires high-end computers and VR headsets like Oculus Rift or HTC Vive – which cost over $1,000 just for the set-up – so it might take time before it becomes mainstream.

A study done by Experian shows that 20% of people admitted to lying about security questions to get around passwords or passcodes. To combat this problem, companies are now beginning to implement two-factor authentication for all logins as an additional layer of protection.

Additionally, many companies have stopped allowing employees to use their own devices for work due to the high risk of leaks and hacks. If you’re using old software that doesn’t have built-in protections against malicious activity, you should update it immediately!

With the help of computer technology in future years, there will be better ways of communicating with one another, such as through virtual reality headsets. It will be possible to interact with someone on the other side of the world while still at home.

You will no longer need to rely on telephones because there will be 3D video calls that allow you to see each other’s faces and expressions without worrying about bad connections.

Cloud Computing is a technology changing how we use computers and the internet. In today’s world, you don’t need to own a computer to use one because the cloud allows you to access your files from any device. It also means you can work on your laptop at home and then continue working on your tablet at work.

It’s the future of computer technology, but it has become controversial as people wonder if their information is secure when they store it in the cloud. A large concern among businesses is what will happen if an Internet Service Provider suffers an outage.

Those concerns are justified as Amazon Web Services suffered two outages in 2015, leading many customers to question their dependence on this service for their business operations.

IoT is the network of devices, vehicles, buildings, and other items embedded with electronics, software, sensors, actuators, and connectivity, enabling these objects to collect and exchange data. This includes many everyday things like streetlights, door locks, children’s toys, and appliances that can be linked to the internet for remote monitoring and control.

Instant access through your phone or computer gives us unprecedented convenience in our daily lives. In addition, it provides valuable information about things like traffic patterns and security threats.

IoT technology has a profound effect on both consumers and producers, who can use it to better understand customer needs by tracking individual consumer behavior in fields such as healthcare, manufacturing, and energy management.

One major challenge that the future of computers will face is cybersecurity. With the internet and its interconnectedness, security breach risks are growing. In addition, hackers are finding new ways to target businesses with more sophisticated cyberattacks, which can devastate a company’s operations.

Cybersecurity can be improved through better communication between different industries and working towards universal data privacy and protection regulations.

Quantum Computing is the future. This technology allows computers to process data faster and more efficiently than ever. There are many benefits to quantum computing, such as a) being able to process an exponentially larger amount of information than regular computers can and b) being able to solve complex problems much more quickly.

These benefits will allow people to do things they couldn’t do before, like finding cures for diseases and creating new industries. However, work must be done before the public can widely adopt quantum computing.

Evolution Of Technology Over Time

Computer technology in future will not be just a desktop machine that you use to communicate; it will be part of your everyday life. They will do anything from reminding you when your friend is coming over to help make dinner reservations for the restaurant.

You can take the bus without needing to call for a cab because your computer knows which one is the fastest and cheapest for you. You can even have them talk back to you with voice commands! It sounds like something out of science fiction, but this is how tomorrow’s computers will work.

At some point in the future, every home may have an intelligent device that predicts what you need before you know you need it, whether it’s new socks or a raincoat-and automatically buys it for you on Amazon Prime.

Technological Advances and Human Development in the Future of Computers Technology

Technological advances are happening at an unprecedented rate

In the last ten years, we have witnessed a sea change in how the world operates. This is largely due to the proliferation of mobile devices and advances in artificial intelligence. These two developments have had an enormous impact on society and will continue to do so for decades.

Technological advances is happening at an unprecedented rate. In the last ten years, we have witnessed a sea change in how the world operates. This is largely due to the proliferation of mobile devices and advances in artificial intelligence.

These two developments have had an enormous impact on society and will continue to do so for decades. In the future of computer technology, the rapid growth in artificial intelligence has enabled machines to decide what tasks they want to complete and which information they want to share with humans or other machines.

For example, AI could soon become an integral part of self-driving cars, enabling them to sense their surroundings and decide what action needs to be taken if there’s any threat present.

The use of computer technology has created an environment that encourages less-active lifestyles. People are not getting outside to enjoy the fresh air as they would if they were reading a book or magazine.

Consequently, people sit inside more often and become lazier and less fit. There is evidence in Sweden that children who spend time outdoors have a lower obesity rate than those who stay indoors on their phones or tablets. This lack of physical activity impacts people’s quality of life, leading to health problems.

The development of robotics and artificial intelligence will make humans increasingly irrelevant in the workplace. According to Google’s director of engineering Ray Kurzweil, by 2029, machines will be able to do human jobs such as driving a car (Kurzweil).

A world where artificial intelligence takes over all jobs could lead to an economic downturn where no one can buy goods and services because there is no money going around due to unemployment rates skyrocketing.

In conclusion, the future of computers technology has a lot to offer. The benefits and opportunities are endless as an increasingly digitized world become more interconnected. These possibilities can lead to successful careers in any industry, whether social media or learning how to code. The downside? It’s impossible to predict what is coming next. With that said, one thing is for certain – change will continue to be a key factor in shaping this new era of computing. 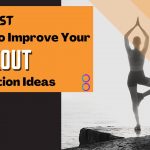 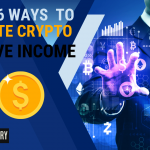